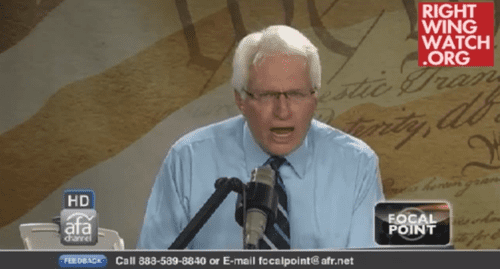 American Family Association spokeshater Bryan Fischer wasn't too happy when news broke last week that a Colorado judge had ruled against the Denver bakery owner who had refused service to a gay couple because of his religious beliefs.