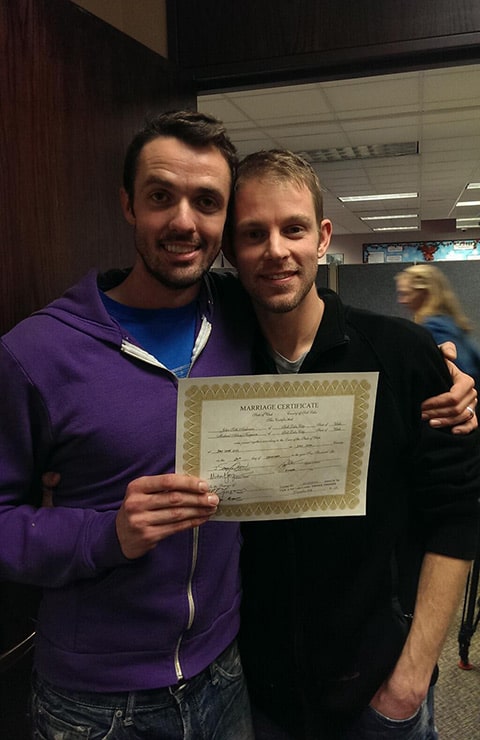 It's official! Gay marriage has begun in Utah. Seth Anderson and his husband may just be the first same-sex couple to marry in the state. Anderson tweeted an image of him and his husband with their official marriage license not long ago with the caption: "Me and my new husband!! My polygamous Mormon great grandparents would be so proud!" The couple evidently caught the DA and his staff off guard as evidenced by Anderson's updates shared on Twitter.

We are not married yet. This is so new. The clerk doesn't have clearance… Yet

Wany just got pulled away by the DA…. They are trying to stop this from happening

Ultimately, the couple was able to marry despite an apparent attempt by the DA to thwart their marriage. Congratulations to the happy couple! 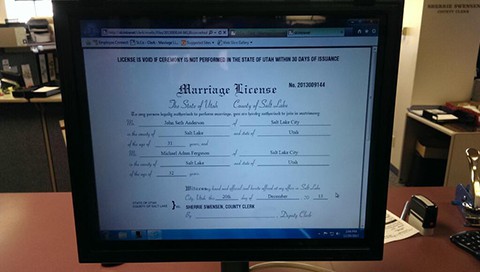 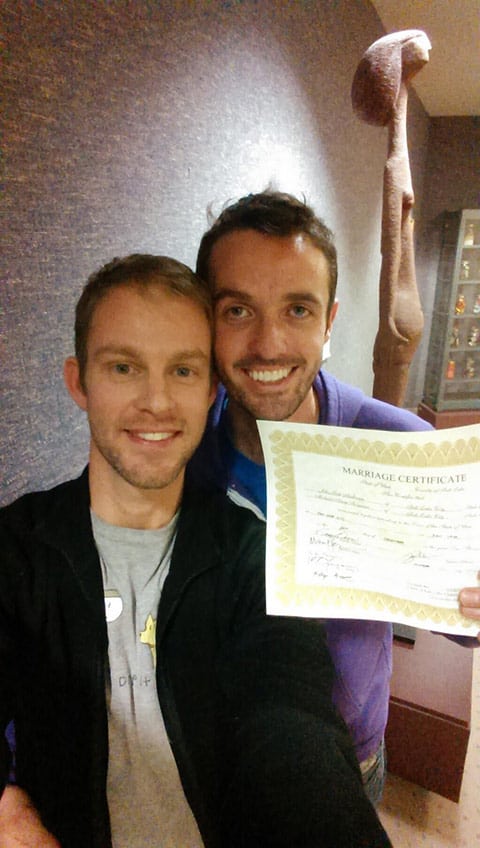 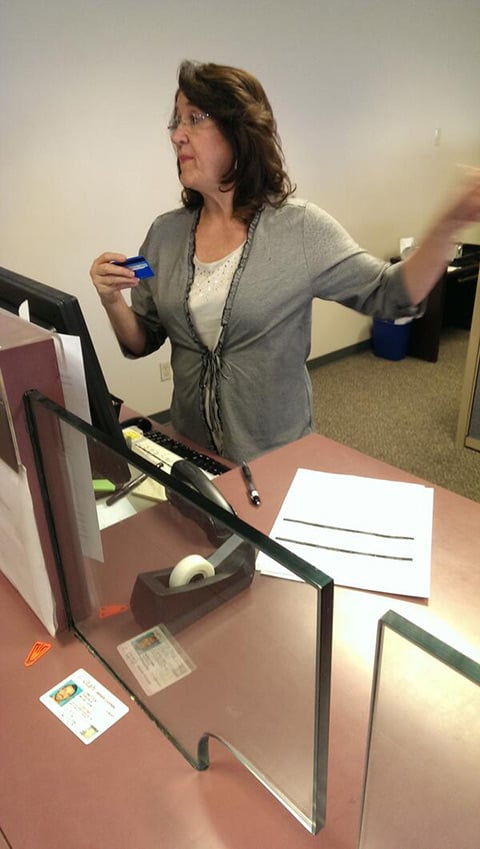 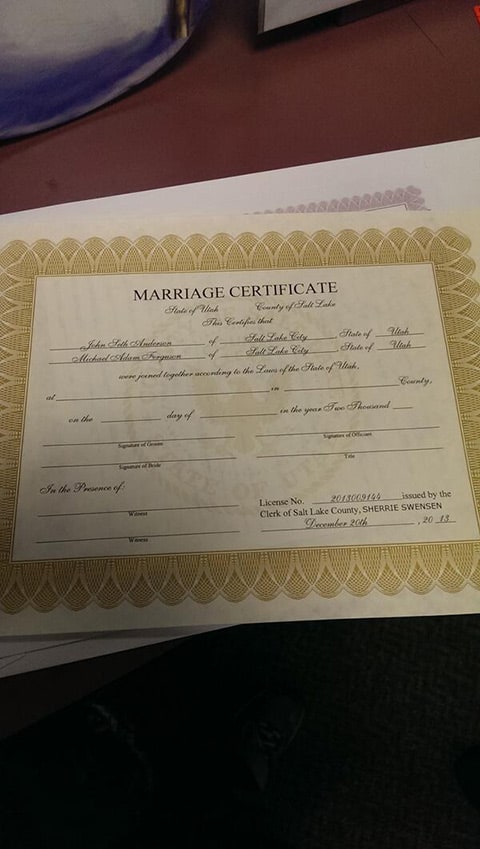