This short, beautiful novel takes place over a brief period in 1971, as the British playwright and composer Noël Coward, in the final years of his life, suffers from a weak heart and a slipping mind. Having fled both the gray skies and the high taxes of London, Coward spends his days at his Jamaican estate, Firefly, sunbathing and painting and sharing the occasional dinner or (more often) drinks with friends. But mostly he reminisces, increasingly disoriented as he slips between his diminished present and his glorious past. 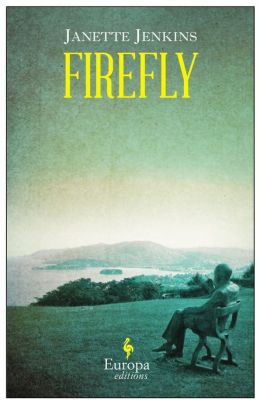 I can think of only a few books (Paul Harding’s Pulitzer Prize-winning Tinkers among them) that evoke so movingly a consciousness adrift in old age. It’s a strategy that allows Jenkins access to Coward’s whole biography, while freeing her from any burden of biographical linearity or exhaustiveness. The book shifts with virtuosic fluency between the bright heat of Jamaica and London’s chill damp, bringing childhood memories, artistic triumphs, and sexual conquests to life with exquisitely curated detail.

We see Noël as a boy, speculating about the lives passing in the houses he can see from his bedroom window, and then, imagining himself being watched in turn, giving “a flick of a bow” as he lets the curtain drop. A little later, after his first sexual encounter, “colliding and laughing” with another boy on the wet rocks by a stream, “he can see a frog springing from the bank side; a splash as it leaps into the water.”

Jenkins’ Coward isn’t always a pleasant character, especially in the present-day scenes. He’s always ready with a withering remark, and he lashes out, at times violently, at the Jamaican servants on whom he depends for the most basic tasks. (When, with great difficulty, he manages to do up his own shirt buttons, “he doesn’t know whether to shout, ‘Hurrah!’ or to burst into tears.”) But he still possesses, at least in snatches, the quick and sometimes cutting wit that fills his plays. “Oh, you know everyone,” one unlucky acquaintance says to him over dinner. “‘No,’ says Noël, ‘Everyone knows me.’”

One of the most moving aspects of Jenkins’ portrait is how clearly she shows that the very wit for which he’s famous has become a prison for Coward, an elaborate armor that no longer enables expression, but prevents it. Coward tosses off stylish witticisms and ironic bons mots with ease, but statements of genuine emotion seem beyond him, even as his inner life throbs with feeling. When asked whether he loves his companion of three decades, Graham Payn, the best Jenkins’ Coward can manage is “We’ve certainly had our moments.” 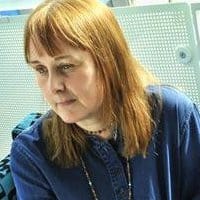 Payn and other friends make appearances in these pages, but for the most part Coward has left them behind, retreating to a small studio at some distance from the main house. Here, through most of the book, he’s attended only by Patrice, his Jamaican servant. Twenty-two, desperate to escape Jamaica, excited by the prospect of life as a waiter in London (his dream is to work at the Ritz), Patrice’s chatter and enthusiasm are juxtaposed with the jaded cynicism of Coward, who at the end of a brilliantly accomplished life seems nearly finished with the world and its delights.

It’s the relationship between Coward and Patrice—patient and caretaker, patron and supplicant, master and servant—that provides the emotional center of the novel. Jenkins has made a vivid, caustic, funny, deeply sympathetic portrait of an artist who is finally as limited as he is brilliant. “Hearts aren’t meant to be noticed, they’re just meant to work,” her Coward thinks as he struggles to finish the afternoon walk his doctor has prescribed. As the novel comes to its at once delicate and devastating end, it’s a different working of the heart he can’t ignore.

Garth Greenwell is the author of Mitko, which won the 2010 Miami University Press Novella Prize and was a finalist for both the Edmund White Debut Fiction Award and a Lambda Award. He is currently an Arts Fellow at the University of Iowa Writers' Workshop.