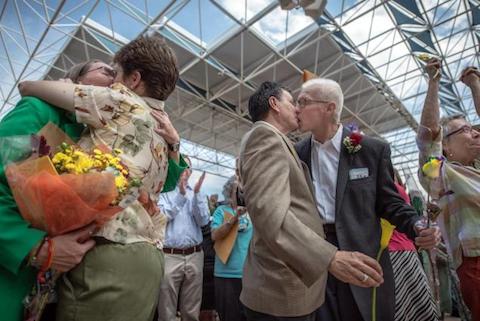 New Mexico this week legalized gay marriage, and as expected not everyone is happy about that. Albuquerque County Clerk Donna Carpenter and Deputy Clerk Janet Collins announced their resignations yesterday morning, declining to comment on their reasoning. County commissioners confirmed, however, that it was in protest of the legalization of gay marriage, Commissioner Bill Cathey claiming that the two said they'd rather "resign than be associated with that."

The county is already working to hire their replacements.