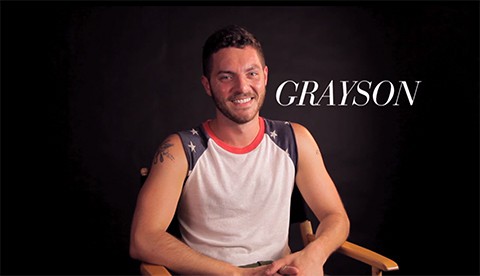 “Male Gays,” a new web docu-series from director Blake Pruitt, takes a look at what it’s like to be young, gay and male today. In a series of interviews, a set of “young gay men from different walks of life” share their “experiences and opinions on queer life.”

The series follows up Pruitt's 20MALEGAYNYC, which looked at 20-something gay life in NYC specifically.

Episodes 1 and 2 deal with coming out and online dating respectively. Episodes 3 and 4, slated to be released in the coming weeks, tackle marriage equality and gay role models.

You can watch the first two episodes AFTER THE JUMP…