Edward Snowden says he's won. “For me, in terms of personal satisfaction, the mission’s already accomplished,” he said. “I already won. As soon as the journalists were able to work, everything that I had been trying to do was validated. Because, remember, I didn’t want to change society. I wanted to give society a chance to determine if it should change itself.” 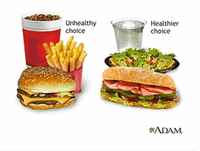 NOM Chairman thinks Utah's pro-gay court decision could open the door to a Federal Marriage Amendment or constitutional convention down the line. Even though the former hasn't happened since 1992 and the latter hasn't taken place since 1787.

Texas country bar accused of kicking out a gay couple for the second time in two years.

The New Yorker celebrates the 75th birthday of the chocolate chip cookie by looking back on the history of Santa's favorite treat. 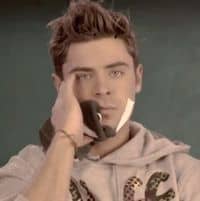 Zac Efron's That Awkward Moment costars reveal how he broke his jaw while servicing a lady friend of his. “So Zac was at home with a girl, giving her the worst sexual experience of her life,” the guys explain in the video. “But she was getting into it, until she realized that you were finished so early. And this poor girl’s pent up sexual energy, which you failed to satisfy made her angry. So angry that she picked up a book. A heavy book. And slammed it right into your beautiful face. Goddamnit, it is beautiful.”

Despite (or maybe because of) the Duck Dynasty controversy, merchandise for the show continues to fly off the shelves. Among the bestsellers is a scented candle called 'Duck Farts' that reportedly smells of "apples, raspberries and pineapple underlined by hints of lemongrass, clove and flora." 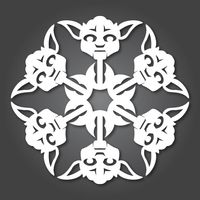 How to make Star Wars-themed paper snowflakes for that special nerd in your life.

Is another royal baby on the way?

Billboard's 100 Holiday Hit Songs playlist is the perfect soundtrack to the season.

Hillary Clinton, who told Barbara Walters last week that she would decide next year whether she'll launch a presidential bid or not, sends tweet that further fuels speculation. "Merry XMas & Happy New Year x 1,002,958. Thinking about the millions who face challenges everyday. Looking forward to 2014. So much to do."