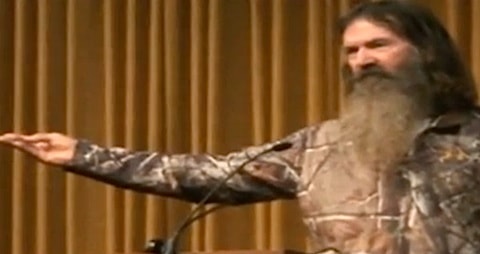 So with that backdrop … A&E hired Robertson … then allowed him to do an interview with GQ where it HAD to know the reporter would ask questions about his feelings toward gays … and then when he answered honestly A&E punished Robertson.

Robertson may be misguided, but A&E is being dishonest for feigning shock about something it definitely knew all about.