Over the years, technology in our homes has replaced the need for record stores, video game arcades, and movie rental stores. For better or worse, it's no longer necessary to step outside in order to get our entertainment fix. But this trend extends far beyond just aspects of entertainment. Everything from libraries to grocery stores is being outsourced to the "home setting." And perhaps one day down the road, our health care will be added to that growing list as well.

Already, the at-home medical testing market has exploded in recent years, with remarkable breakthroughs like OraQuick, the first self-administered HIV test which was approved by the Food and Drug Administration last summer. Jack Andraka, the gay teen science prodigy we've featured on this site multiple times, has come up with a revolutionary new test for cancer that costs 3 cents to make and could also one day find its way into your home.

Hoping to take this at-home testing process a leap further is 23andMe, a Google-backed Silicon Valley genetics testing company named after the 23 pairs of chromosomes in a typical human cell. The company crashed onto the scene a few years back with its direct-to-consumer kit that billed itself as an easy way to identify inherited traits, genealogy, and possible health risk factors.

23andMe has already genotyped over 500,000 people but the FDA recently (and quite publicly) put a stop to the genetic analysis portion of the test, citing unresolved regulatory concerns. But what implications do the FDA's actions have on this emerging field of self-administered genetic testing?

Continue reading "Tomorrowland's Forecast: The Rocky Start of the At-Home Genetic Testing Field," AFTER THE JUMP…

The FDA's primary concern with 23andMe is that people who buy their kit could act on the company's data analysis by undergoing drastic and/or unnecessary procedures – like MRIs or even mastectomies if a false positive is given for the person's risk of breast cancer. On the other side of the issue, the FDA also worries that people using the results from the kit may get a false sense of complacency towards certain health risks. They worry that people may not be fully aware that these tests, at least in their present form, are meant to supplement medical services, not replace them. And with the rules, regulations, and interpretations of at-home genetics testing still so nascent, the FDA's concerns do indeed seem warranted.

The controversy over whether and how the FDA should (or can) regulate genetic tests has been around long before 23andMe. But the FDA's recent actions, and 23andMe's response, will have much larger ramifications for the field of genetic testing. Because 23andMe is the only major player in the "direct to consumer" genomic testing industry, insiders see the company's response in the coming months as having the potential to set a precedent for the future of the field. In an interview with Venturebeat last week, 23andMe spokeswoman Catherine Afarian agreed, saying that the company's decision will likely shape the entire genetics industry, which she believes is the "future of medicine."

"Our mission is unchanged," said Afarian. "We are not going anywhere, although we recognize that the FDA process will take time." 23andMe founder and chief executive Anne Wojcicki recently echoed this sentiment in a blog post, where she claimed to "stand behind the data." 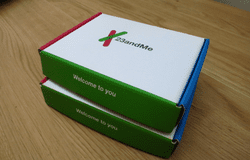 Indeed, there's no denying the positive benefits that the data from these kits can provide. Before the FDA's decision to put a stop to 23andMe's genetic analysis, a good friend of mine purchased and submitted a test kit. He grew up in foster care and, as a result, didn't have a detailed family medical history record like many of us. With 23andMe's results though, he was able to find out valuable information about certain inherited health risks and traits. For example, he found out that he's at decreased risk for developing male pattern baldness later in life. He also discovered that he's a carrier for the hereditary hemochromatosis mutation (iron overload), which could potentially be passed to his offspring in the future.

But he also agreed that the test can be misleading. For example, he says, just because the test showed that he is partially resistant to HIV does not give him (or anyone else with those results) the right to throw caution to the wind and engage in unsafe sex. Like the FDA, he thinks people need to be smart about their results and should rely primarily on information provided by physicians and medical experts.

Regardless, the coming weeks and months will be crucial for the long-term future of 23andMe and the genetics industry as a whole. For now though, we'll just have to wait and see.

But what about you? Do you think the FDA has doomed the at-home genetics testing field? Or perhaps this setback is just part of the long process of turning 23andMe into the only FDA-approved direct-to-consumer genetic company? Sound off in the comments section below.