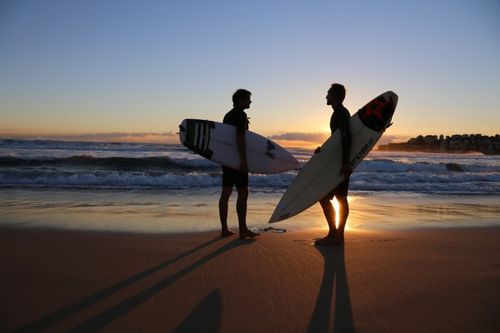 With the number of athletes coming out in other sports steadily increasing, you might be surprised with the fact that there has yet to be an openly gay surfer on the professional tour. A new Kickstarter-funded documentary, OUT in the line-up, is looking to uncover this long-standing taboo of homosexuality in surfing.

OUT in the line-up follows the story of two gay surfers who unite to bring the issue out into the open. Together they embark on a global journey to hear the perspectives of people from all corners of the surfing community including former world champion Cori Schumacher, big wave rider Keala Kennelly and former US Congressman Barney Frank. As their journey unfolds, they uncover a culture of fear, secrecy and exclusion but are also inspired to affect change by connecting people, provoking discussion and looking to surfing's grassroots values of freedom of spirit and love for the ocean.

The film is currently in the final stages of production and is looking to raise the funds needed to launch on the international festival circuit in early 2014.

Check out the debut trailer, AFTER THE JUMP…

And to find out more, visit the film's Kickstarter page HERE.