Zachary Quinto, who recently returned to the New York stage in a widely lauded turn as Tom Wingfield in Tennessee Williams' The Glass Menagerie, sat down with online fashion retailer Mr Porter to talk sartorial wisdom, why the actor prefers New York to LA, and his entrepreneurial endeavors in film-making, among other topics.

"It's more a matter of trying to make sure I'm wearing things that fit well but that are not boring," says Mr Quinto in his dressing room upstairs at the Booth Theater, where in a few hours he will take to the stage in Mr Williams' 1945 play. "As a guy, that's a little more of a challenge than if you're able to wear a big gown. We have to work with fewer resources. It becomes about the details. Cufflinks. Tie bars. Do you have a break in your trousers or is it a shorter hem? I've learnt a lot about tailoring: what fits and what lines are good for me and my body type."

On New York versus LA:

"New York is more about function over form," he says. "LA's a little more about how things look. Here, there's less time to think about it. I put less thought and effort into it. I will literally wear the same thing for a few days because my days are spent running around" […]

"I've always wanted to live here [in New York]," he says. "The past 13 years of working in LA were a lot about figuring out when and how to get back here. I love Los Angeles, it's a beautiful city, but it has no soul. It requires so much more effort. Here, you step outside of your apartment and you never know where it's going to take you."

On his production company, Before The Door, which produced the financial crisis thriller Margin Call and, more recently, Robert Redford's All Is Lost (for which Redford just received a Golden Globe nod):

"I have to focus on my career as an actor primarily in order to give myself any credit or leverage to run this company to begin with," he explains.

But mostly, Mr Quinto insists, "I've learnt that it's possible to make really good films and to have everybody enjoy the process of doing it. And that's a great thing to know." As of now, Before The Door has about six projects in active development and is looking for vehicles for Mr Quinto, which could potentially include a cable television series with "a really unique character" that he would not elaborate on.

On what comes after Broadway:

The last time [Mr Quinto] finished a play in New York – a revival of Angels in America - he took a month-long trek to Peru by himself. "That's a different thing than going on vacation," he says. Right now, he's considering India, though Bora Bora might win out. 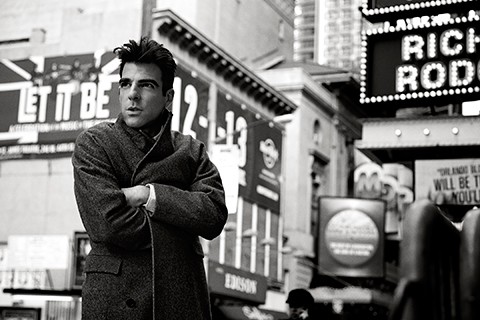 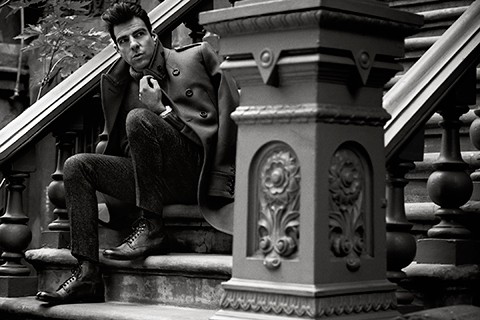