The head of the Russian Orthodox Church is asking lawmakers in the country to implement state-level bans on ‘any attempt’ to legalize same-sex marriage, saying that rejecting gay marriage is inherent in Christian doctrine. 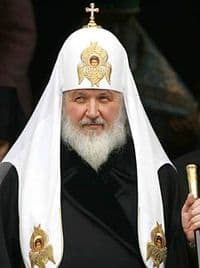 “In a response to the broad international discussion of this issue we would like to make a resolute statement – marriage is a union between a man and a woman, based on love and mutual understanding and made in order to give birth to children,” Russia’s head cleric stated.

Patriarch Kirill promised that the church would provide support to all state and public institutions that seek to protect the traditional Christian values. He stressed, however, that such a move was not caused by a desire to influence politics, rather by the very nature of Christianity.

When the state adjusts its every move in accordance with the “natural moral norms” it does not become religious, but instead turns into a “reasonable guardian of the common good.”

Earlier this month, a spokesman for the church called for a referendum to criminalize homosexuality in Russia.