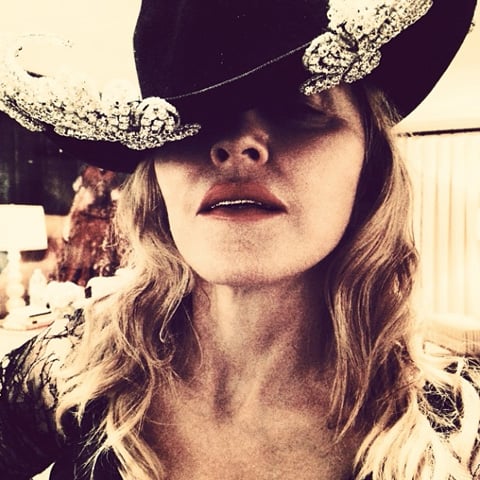 Madonna will be joining Macklemore & Ryan Lewis, and presumably vocalist Mary Lambert (since she tweeted on Friday that rehearsals were "THE BOMB") for a performance of the gay rights anthem "Same Love" at the Grammys, according to in-the-know bloggers and entertainment sites.

The "Material Girl" herself, meanwhile, hinted earlier this week that she would be performing during the live show. "My lips are almost sealed! I can't say anything more. #itsasecret," she wrote on Friday, Jan. 24, with a picture of herself covered up in a thin black veil.

She added: "It's official! I'm off my crutches and I'm looking for the perfect pair of heels to wear to the Grammys." (Last Thursday, the seven-time Grammy winner sustained a minor injury from dancing in high heels.)

No further details on the number were available.

GRAMMY REHEARSALS ARE THE BOMB DOT COM AND I KEEP CRYING