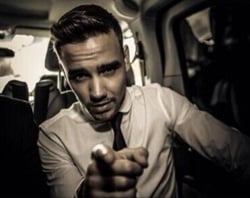 Tweeted Payne in response to the headlines:

Look at this s–t I never said any if that write about something real for once there's plenty of issues In the world…I just watched a show and I liked it as most people do stop sitting in my twitter and do your research #lazyjournos…All those tweets are aimed at journalists and bloggers not fans…Sick of all this bull il be back again when the freedom of speech law is back and people don't believe to much into the bulls#!t they read…Can't wait for the call tomorrow where I get told of for cussing had to be said like I said before much worse has happened In the world…Pick ur balls up off the floor and get on with it instead of taking advantage of every word said and twisting it for your own gain.

Payne had tweeted Willie Robertson, the son of Duck Dynasty's Phil Robertson. Said Payne in the tweet: "huge love to you/your family huge respect for your business prosperities and the family values you still all behold. big fan"

And of course, those values have been well publicized.