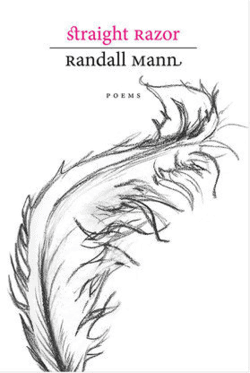 The elegant, savage poems of Randall Mann’s excellent third collection are filled with the unglamorous stuff of daily life, from a childhood of ketchup on quiche to the “Meat-Rack ambitions” of young adulthood in San Francisco. Mann is a rarity in current American poetry, a formal poet, committed to traditional structures of rhythm and rhyme. But there’s nothing old-fashioned in Mann’s mastery of old techniques, which he puts to use in poems that are moving and funny and vicious, and always electrically alive.

The early poems in the book are full of the claustrophobia of gay boyhood in the suburban South. In a landscape of Supercuts and Pall Malls and Cinnabons, the speaker of these poems quickly stands out:

Bloody, slick, and fierce,
I slid out of the womb.
My heart was underfed.
My mouth began to foam.

At six I bit my lip
and took to backyard voguing:
I struck a rigid pose
in vigilante leggings.

School is a minefield of dangerous crushes on unobtainable boys (“my fear—Smear / the Queer”), of used towels snatched from locker rooms. At 20, he’s found different dangers in the bars he frequents, “the gin-soaked dread / that an acronym was festering inside,” as well as the cast of his own desires, which lead him to anonymous, sometimes brutal sexual encounters.

wet in my mouth, wrists bound by his belt,
I felt

like the boy in a briny night pool, he who found
the drowned

body, yet still somehow swam with an unknown joy.
That boy. 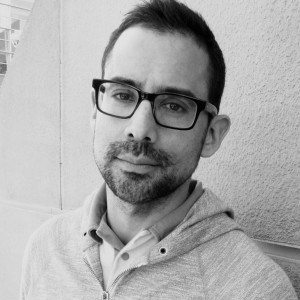 The poet seems shocked by his own reaction, the inappropriate, “unknown joy” that comes in place of the fear he knows he should feel. As in many of the poems in this book, form is cunningly bound to content, the careful control of the rhyme and the alternating length of the lines allowing for a sense of off-kilter command, an equilibrium on the point of giving way.

In his love of traditional form paired with decidedly untraditional subject matter, Mann recalls the great poet Thom Gunn, to whom he paid tribute in his second collection. (If you haven’t read Gunn’s The Man With Night Sweats, one of the finest books of poetry of recent decades and among the most powerful responses I know to the AIDS crisis, you should grab a copy right now.) But it’s to another gay poet, W.H. Auden, that he tips his hat in “Only You,” which transfers Auden’s marvelous “As I Walked Out One Evening”—rhyme and meter intact—to San Francisco:

As I skipped out this morning,
skipping down Castro Street,
the queens upon the asphalt
were racks of hanging meat.

In bed, we only play together, because
this is the way we elude each other,
with the barback from Prague we’re thinking of adopting
by mail. We sometimes send our love.

Satire is one of Mann’s dominant modes, and he can wax cynical about both gay life and the literary world. But when the satire lifts what’s revealed (as in all good satirical writers) is serious, even moral feeling. In a book that lays claim to a huge range of tones, from high lyrical to queen-at-the-bar, repeatedly there occur lines that give voice to a finally tragic sense of the intrication of joy and pain. To quote again from “Only You,” Mann’s homage to Auden:

“The night is falling soon.
And love is never love
without a tub of ruin.”

Also mixing with this satire, making it richer and more complex than mere ridicule, is a sense of others’ suffering, a compassion nowhere more evident than in “September Elegies,” one of the book’s finest poems. Dedicated to four gay boys who committed suicide in a single month of 2010, the poem is a pantoum, an extremely challenging form of multiple repeating lines. As the details of the boys’ lives reoccur—ages, towns, last words—an arbitrary formal scheme takes on devastating emotional force.

Not least among the distinctions of Mann’s poems is that they aspire to one of the oldest ambitions of art: to fix the transient moments of our daily lives—in all their banality and beauty, their reverence and ridicule—in enduring forms. Mann is among our finest, most skillful poets of love and ruin. You should read this terrifically accomplished book.

Garth Greenwell is the author of Mitko, which won the 2010 Miami University Press Novella Prize and was a finalist for both the Edmund White Debut Fiction Award and a Lambda Award. He is currently an Arts Fellow at the University of Iowa Writers' Workshop. Connect with him on Facebook and Twitter.