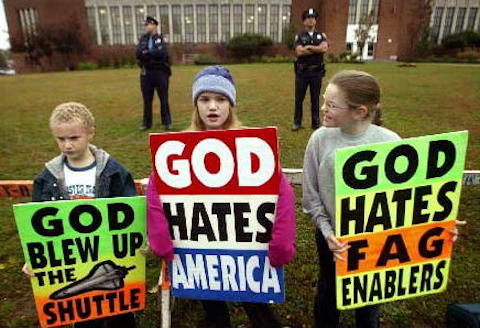 Anti-gay bigots die younger. By about 2.5 years, according to a study performed by researchers at Columbia University. The study surveyed over 20,000 heterosexual individuals from the years 1988 to 2008, 4,000 of whom had died by the end of the study, and asked them questions like:

When searching for the connection between anti-gay attitudes and shorter lifespan, the researchers were able to make some educated guesses. One theory suggested that anger was a major factor as anger can contribute to cardiovascular issues such as hypertension and coronary heart disease, while another figured that chronic stress was a factor as stress is detrimental to overall health. In either case, the findings are preliminary and researchers still have to dig further, but in the meantime it would seem that abandoning anti-gay animus could be beneficial to one's life expectancy.