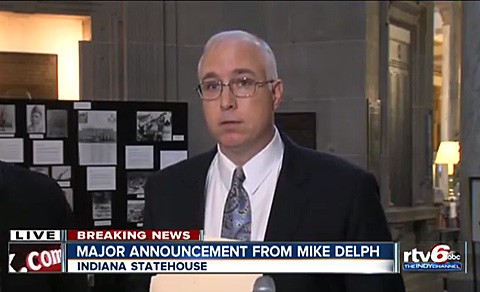 Indiana state Senator Mike Delph is being disciplined by Senate leadership for criticizing fellow Republicans last week for not restoring language to HJR3 that would have facilitated sending the measure to voters this fall, WTHR reports:

According to sources at the Statehouse, Long – the target of much of Delph's criticism – has decided to take the following steps to penalize the Carmel senator for his comments:

Delph, as you may recall, made headlines for having a strong anti-gay stance despite the fact that he has a gay brother.