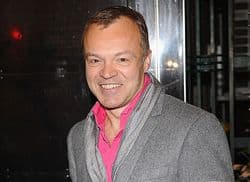 In his Hot Press cover interview Norton said he was disappointed that the journalists had decided to take legal action instead of examining why they might be accused of homophobia.

Although he said he has no desire to get married himself, Norton added: "I want to ask these people, 'Why are you so scared and intimidated by the idea of gay marriage?'" […]

He added: "This tiny minority can yell all they want, but it's over. It's all done. The Iona Institute, and people like that, are like rats trapped in the corner of a barn. They know the jig is up. That's why they're screaming so loud."

However, he added that he was glad gay marriage opponents existed as "they drag everyone towards the centre".

"You hear their opinions and suddenly you're a little bit more tolerant – because you don't want to be them!"