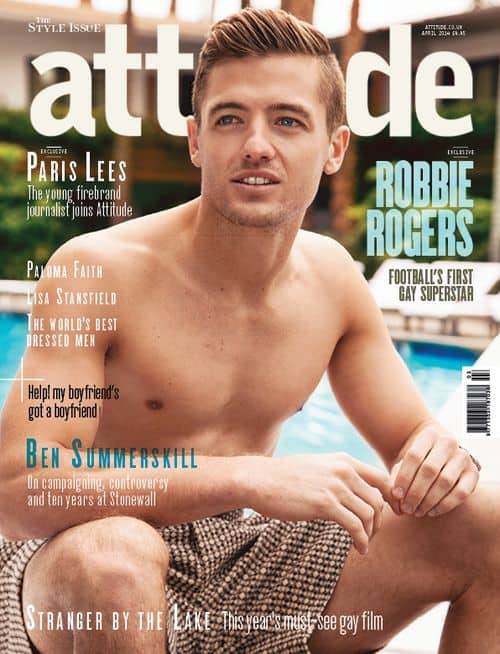 When soccer player Robbie Rogers came out last year, after leaving the sport and his former Leeds United team, he certainly made waves. When he signed with the L.A. Galaxy and became the first openly gay major league soccer player, he became a star. Now, in a cover article for April's issue of Attitude magazine, Rogers has revealed that the road to self-acceptance was not so easily traversed.

In an interview with Attitude magazine, the 26-year-old said: "Definitely in my career there were so many times when I struggled with my mental health. That affected the way I played.

"For younger people that are closeted and they see that it's illegal to be gay in Qatar, then they know that the World Cup's going to be there and maybe they're football fans? That's so damaging on their psyche, on their mental health.

Rogers continues to be an inspirational presence in professional sports. He, along with the NBA's Jason Collins and college football star Michael Sam, have kickstarted a whole new level of openness in American sports.