Kentucky has now received the final order from a federal judge that out-of-state gay marriages be recognized in the state, the Courier Journal reports: 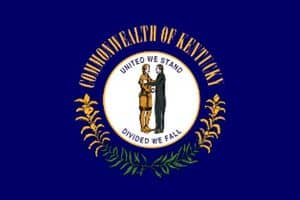 U.S. District Judge John G. Heyburn today made final a ruling issued earlier this month in which he found that Kentucky’s marriage amendment and statutes violate the right to equal protection under the law.

“Those laws … are void and unenforceable,” he said in a one page order.

Earlier today, Attorney General Jack Conway’s office asked Heyburn to stay enforcement of his ruling, but Heyburn did not address that motion and for now his ruling goes into effect.

Attorney Dan Canon, a lawyer for the four gay and lesbian couples who won the case, said: “We are cautiously optimistic. The order has been granted without qualification and without a stay.”

Additionally, Heyburn on Thursday granted a request to allow additional couples seeking full marriage rights — as opposed to recognition of marriages conducted elsewhere — to intervene in the case.