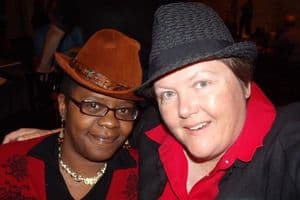 Same-sex couples in Wisconsin joined others throughout the country on Monday in filing a lawsuit seeking same-sex marriage, but efforts there are unique because of the penalties for marrying in another jurisdiction.

The litigation seeks not only to overturn the state’s 2006 constitutional amendment barring same-sex marriage, but also to enjoin state official from enforcing a “marriage evasion law” prohibiting couples — gay and straight — from going elsewhere to marry.

The penalties of violating the marriage evasion law in Wisconsin, which is the only state to have such a statute, include up to $10,000 in fines and nine months in prison.

The lawsuit was filed by the ACLU, the ACLU of Wisconsin and Mayer Brown LLP before th U.S. Disctrict Court for the Western District of Wisconsin.

Among the plaintiff couples, Schumacher and Wolf were legally married in another state, raising the possibility of prosecution back at home. The lawsuit challenges the overall ban as well as the application of this criminal law to same-sex couples who are forced to choose between being denied federal protections and the risk of criminal prosecution.

“These families simply want the security and recognition that only marriage provides,” said Larry Dupuis, legal director of the ACLU of Wisconsin. “They have built their lives and raised children here. It is wrong for the state to treat these loving and committed couples as second-class citizens, and it is cruel to place them in a catch-22 where they can’t even travel elsewhere to obtain federal protections without their marriage being labeled a crime.”