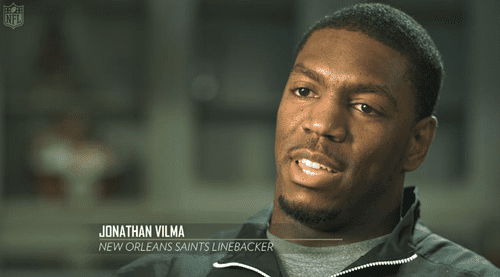 New Orleans Saints linebacker Jonathan Vilma appears to have some unresolved fears about gays in the locker room. When asked by NFL Network’s Andrea Kramer about potentially playing with a gay teammate, Vilma responded:

"I think he would not be accepted as much as we think he would be accepted. I don't want people to just naturally assume, oh, we're all homophobic. That's really not the case. Imagine if he's the guy next to me, and you know, I get dressed, naked, taking a shower, the whole nine, and it just so happens he looks at me, how am I supposed to respond?"