On Wednesday Colorado saw the filing of a second lawsuit challenging its ban on gay marriage, the Denver Post reports: 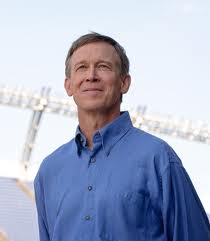 "This denial of equal protection, due process, and basic fairness violates the Constitution of the United States of America," says the lawsuit filed by the law firms of Reilly Pozner, Law of the Rockies and Gutterman Griffiths.

According to the lawsuit filed Wednesday in Denver District Court, four of the couples applied for marriage licenses in Denver in recent days, one pair on Valentine’s Day. The other five married in states where such unions are legal but live in Colorado, where “their valid marriages are reduced to second-class and unequal civil unions, which do not afford them the same rights, protections and security as marriage,” the lawsuit says.

Last October, Dr. Rebecca Brinkman and her partner Margaret Burd filed a suit against Colorado seeking the freedom to marry.