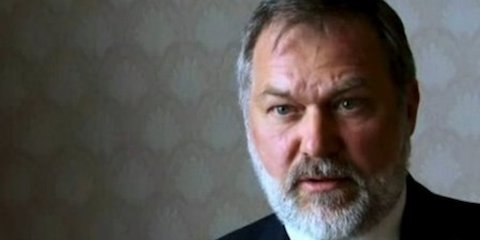 Which is the correct answer to the question in the headline of his latest hateful blog post, "Am I Nuts, or is Craziness Spreading?"

If you can stomach reading it, the man directly responsible for fomenting hate that led to anti-gay laws in Russia and Uganda, bemoans that homosexualism results in a loss of critical thinking skills, which is why homosexuals – and heterosexual supporters – somehow manage to confuse bigotry as "intolerant" or "hateful."

Lively's predictable equations of gay marriage to pederasty, bestaility, polygamy, incest, and the rest make their appearance, followed up with a condemnation of homosexualist insistence – without a shred of evidence – that orientation is an inborn immutable character trait. He seems shocked that homosexualists are unwilling to accept the unreliable testimony of ex-gays over observable biological and psychological facts on this issue.

Lively drives his points home by lastly addressing the "hoaxes" of anti-gay violence, the poster child of which was the murder of Matthew Shepard. The victim role that homosexualists assume is one of paranoia and not based in reality, that disapproval of homosexuality doesn't lead to hatred, violence, or murder.

The removal of homosexuality as a mental disorder from the DSM was evidently a mistake that was made by trained psychological professionals, their years of specialized research and education of the human mind and behaviors inferior to the vague prognostications of a con artist.

Perhaps Lively has never heard the old Roman proverb: "Every madman thinks all others insane."

Previous Post: « ‘How I Met My Boyfriend’ on Facebook: VIDEO
Next Post: Eric Holder Tells State Attorneys General: You Can Refuse to Defend Anti-Gay Marriage Laws »