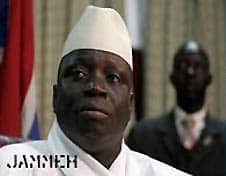 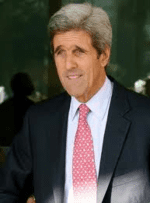 Secretary of State John Kerry released a statement yesterday in response to remarks from Gambian President Yahya Jammeh on Tuesday which labeled homosexuals "vermin" that should be exterminated like malaria-causing mosquitos.

The United States is deeply troubled by the hateful rhetoric used by President Jammeh in his National Day speech on February 18. All people are created equal and should be able to live free from discrimination, and that includes discrimination based on sexual identity and sexual orientation. We call on the Government of The Gambia to protect the human rights of all Gambians, and we encourage the international community to send a clear signal that statements of this nature have no place in the public dialogue and are unacceptable.

Human rights and fundamental freedoms belong to all individuals. The United States stands by you no matter where you are and no matter who you love.

"We will fight these vermins called homosexuals or gays the same way we are fighting malaria-causing mosquitoes, if not more aggressively…We will therefore not accept any friendship, aid or any other gesture that is conditional on accepting homosexuals or LGBT as they are now baptised by the powers that promote them…As far as I am concerned, LGBT can only stand for Leprosy, Gonorrhoea, Bacteria and Tuberculosis; all of which are detrimental to human existence."