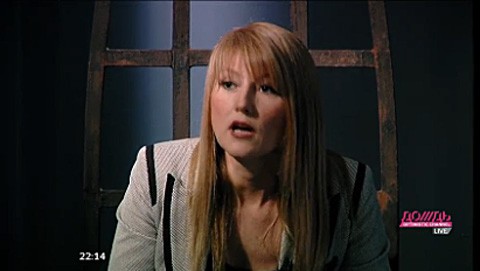 Svetlana Zhurova, former Olympic champion and mayor of Sochi's mountain Olympic village, is calling for no protests at the upcoming Games, Reuters reports:

"I have never seen (this) at any Olympic Games and I would call on the people who are going to protest, that it doesn't make sense…For the spectators, it is more important who wins than whether he or her is homosexual or not…We are all participants of the Games and we are going to applaud the straight people and the homosexuals just like the previous Olympic Games."

You may recall that Zhurova recently appeared on Russia TV defending the ban on 'gay propaganda':

“I just think they shouldn’t show a cartoon on TV — excuse me, I have two boys — where a king loves another king.”

Previous Post: « ‘Not Looking’, the L.A. Version of ‘Looking’: VIDEO
Next Post: Matt Zarley is a Gay Dating Game Host in ‘Somebody 4 Everybody’: MUSIC VIDEO »