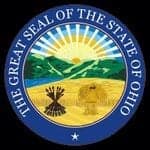 Much has changed since Ohioans passed a 2004 ban on same-sex marriage, the WaPo reports:

When Ohioans passed the ban a decade ago, they did so by a wide margin. It passed with 62 percent support and majorities in all but one of the state’s 88 counties. But in the Monday poll from Quinnipiac University, support for same-sex marriage there hit 50 percent for the first time, compared with similarly worded questions over the past few years. Support for same-sex marriage now leads by wide margins among Democrats, Independents and women. Men narrowly oppose it, as the chart below shows, while Republicans and seniors oppose it by similarly wide margins. 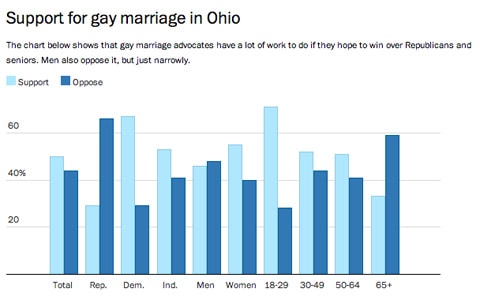