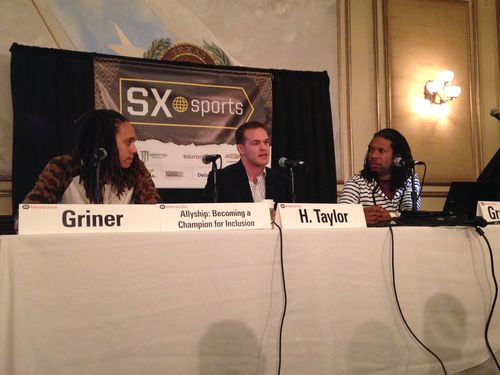 On a SXSW panel discussion about the intersection of LGBT issues and sports, Athlete Ally’s Hudson Taylor shared his thoughts on the surprising lack of Olympic athletes who publicly spoke out in Sochi about Russia’s anti-gay laws.

Taylor said he was originally optimistic about using the international spotlight of the Olympic platform to advocate for LGBT equality and pointed to the numerous current and former athletes (and even Rihanna) who embraced his Principle 6 protest campaign before the Games began. Ultimately, however, Taylor said that the dozen or so Olympic athletes who both competed in Sochi and were also backers of his Principle 6 campaign failed to garner the medals that would have provided them with the necessary media coverage to truly make a lasting statement.

Taylor also pointed to the iconic 1968 Olympic photo of John Carlos and Tommie Smith raising their fists in protest of racial injustice and lamented the reality that a similar push for gay rights failed to materialize in Sochi.

But despite the missed opportunity, Taylor said he was looking ahead to the 2018 World Cup in Russia) and the 2022 World Cup in Qatar as future opportunities to use an international sporting event to shine a light on discriminatory laws. Qatar remains one of the countries where homosexuality is still illegal. 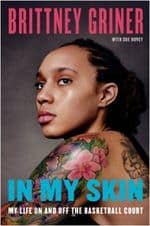 In the meantime, Taylor stressed the need for LGBT athletes and their straight allies to stand up and speak out against the culture of homophobia in sport. He pointed to fellow panelist Brittney Griner (who was there discussing her new book In My Skin) as a great example of an athlete who is changing the sporting world just by being out and proud. Ultimately, however, Taylor said there is much work to be done in order to make the sporting world a more comfortable place for LGBT athletes.

“While the reality is we’ve seen a lot of progress in the sports world over the last few years, we still have a long way to go,” Taylor said. “There are still a lot of closeted athletes. There are still people being bullied, being isolated because of their sexual orientation. We still only have one [gay athlete] in the NBA and maybe one in the [upcoming] NFL.”