“Basically he blew me; that was a big part of it. And he was really good at it. He did this thing where he had his hand and his mouth working at the same time, and he’d take time out to explain to me what he was doing….It’s very Allen that he’s always peppering anything he’s saying with little tutorials. But I was totally down for that—it was what I’d signed up for. I wanted the tutorial, I wanted to understand how the f–king world worked. I wanted somebody to help me and mentor me.” 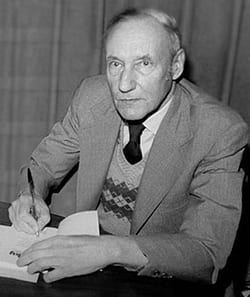 Ewert then talks about his desire to bed Burroughs (pictured). He said that when he met Burroughs, he got the feeling that Burroughs was worried that Ewert might reject him:

And Ewert didn’t flee, but rather returned the gesture, putting his hand on Burroughs’ knee and giving it a light squeeze. Even through the thick jeans, the poet’s leg felt bony and frail, which only turned Ewert on more. A skinny young thing himself, the idea that somebody found his frame attractive, even someone 57 years his senior, was an aphrodisiac. “It was like hugging my doppelganger, and that totally turned me on,” he says. They found themselves naked on the bed, engaged in what could be described as chaste, fumbling sex. No kissing, but a sweetness despite the absence of overt affection.

“I don’t think there was any oral at all, I think it was just hand jobs and humping. At one point I felt this little splash of fluid against my leg and, you know, he’d cum, and then I probably jerked myself off and came. And then we’re lying in bed in this post-orgasmic peace and after a while he goes, ‘Ah, that was great. That was the first time this has happened in years,’” Ewert recalls. “And I’m super happy because I had enjoyed it. Also, the little calculating, crusty 18-year-old part of me was excited by the fact that he hadn’t had sex in a long time. He’s already 70-whatever, and I’m guessing he’s not going to have a lot of sex besides me going forward—he’s not going to live that much longer. I was like, That’s awesome, I’ll go down in history as the last person to have had sex with William Burroughs. I don’t know if that’s totally true, but it gives you a sense of my mind-set at that time.”

Ewert also famously appeared shirtless on the cover of Deflowered, the second album by queercore band Pansy Division (below). Ewert is currently working on another children's book called Mummy Cat and a sequel to 10,000 Dresses. 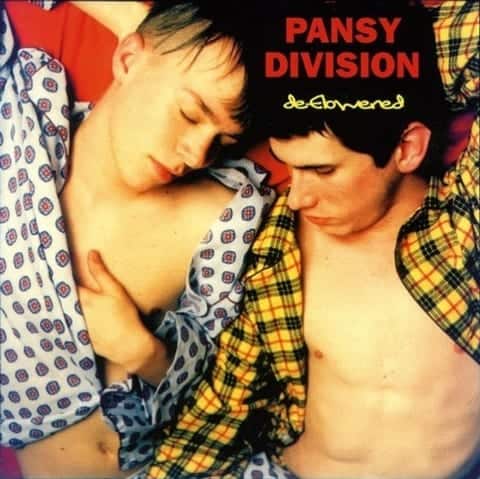