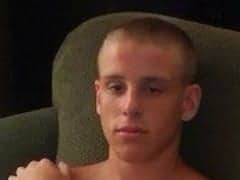 So many gay children and teenagers who are disowned by their families wind up living on the streets with nowhere to go and no one to turn to. Fortunately, Michigan teenager Corey Nichols was spared this fate when the parents of his friend Aubrey legally adopted Nichols as their own son after his family disowned him for his orientation.

Nichols tells of how his conservative family, his father in particular, consistently espoused vile anti-gay sentiment and suspected that Nichols was gay. When he came down with pneumonia, his family ignored his illness, leaving him so distressed and delusional that he told Aubrey how he planned to commit suicide. Aubrey's mother happened to see the messages and ran to get him, eventually nursing him back to health from a severe case of pneumonia. His family never once asked about him.

After he recovered, Nichols came out to his parents, who allegedly flew into a rage and called him the devil. Nichols ran away that night, and a few weeks later Aubrey's parents adopted him as their own. Nichols' parents never showed up to contest the adoption.

You can listen to the interview Nichols gave to Out in Santa Cruz about his disownment and adoption below.

Previous Post: « Gene Robinson: Religious Conservatives Are Not the Victims of Bullying They Claim to Be
Next Post: Author Marcus Ewert Dishes On Physical Relationship With Allen Ginsberg And William Burroughs »