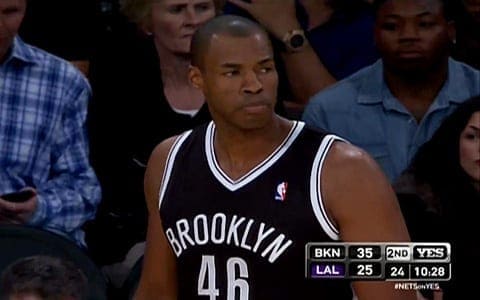 Jason Collins will sign with the Brooklyn Nets for the remainder of the season, ESPN reports:

Sources told ESPN.com on Tuesday that the Nets, who feel they're getting everything they expected from Collins when they signed him for frontcourt depth Feb. 23, are already operating under the premise that the 34-year-old will finish the season with them even though his second 10-day deal doesn't expire until after Friday. Sources say that the internal expectation all along was that Collins would be a Net for the rest of the season, from the moment he signed his first 10-day deal, as long he proved that he could still be an effective defender, which he did immediately.