Add Democratic National Committee Treasurer Andrew Tobias to the growing list of individuals expressing concern over why President Obama has yet to issue an executive order barring LGBT discrimination among federal contractors, calling its absence “frustrating and perplexing.”

The Washington Blade reports that Tobias made the comments in an off-the-record listserv for LGBT donors: 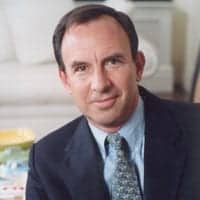 Tobias, who’s gay, confirmed to the Washington Blade the email indeed came from him as did other individuals on the listserv, who said the message came from his email account on Wednesday. Notably, these individuals said Tobias told LGBT donors in his email that listserv members should feel free to quote him as expressing those views. Tobias also told the Blade to quote him as such.

The paper notes that the remarks are striking for Tobias, who has a reputation for tamping down criticism and concern over the Obama administration and the DNC for not doing enough on LGBT rights.