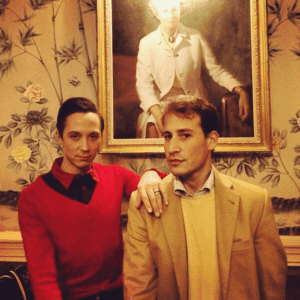 About a month before the games in Russia, Weir’s husband, Victor Voronov, filed a police report in which he alleged the three-time U.S. national champion of biting him, a source revealed.

Despite the allegations, the couple appeared to have worked out their differences: Radar was in a Lyndhurst, New Jersey, courtroom on Tuesday morning, where the pair put on a united front and requested the Lyndhurst Municipal Court judge to dismiss the case.

Sitting next to each other, Voronov put his hand on Weir’s knee and whispered into his ear before the case begun.

The judge then reportedly asked the "victim" to approach the bench where a request to dismiss the case was granted.