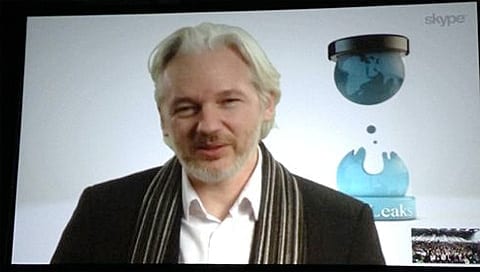 During a virtual conversation with SXSW attendees in Austin on Saturday, Wikileaks founder Julian Assange railed against the overreaching surveillance programs under the "rogue agency" NSA and stressed that citizens need to be aware of the growing "militarization" of the internet by governments.

Assange warned of the U.S. and other governments’ efforts to introduce “a new international regime of censorship” with various trade agreements such as the Trans Pacific Partnership. He also spoke at length about how it is no longer viable for everyday citizens to ignore privacy and security concerns.

“It’s not the case any more that you can hide from the state, and keep your head down, and hope that by sucking up or by being innocuous you can be spared,” Assange said. “So we have no choice but to try to manage the behaviour of the state that we have been forced to be part of.”

Towards the end of the talk, Assange briefly touched on future plans for Wikileaks, saying that it is preparing an “important” new release of material, but warned that he prefers not to give “the alleged perpetrator” the ability to prepare with “counter-spin” on what will be released.