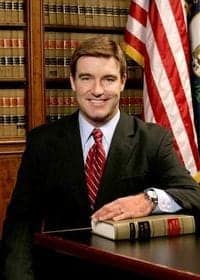 “Judge Heyburn got it right,” he said at his Frankfort office.

By appealing, he said, he would be defending discrimination “and that I will not do.”

Conway said he had prayed on the decision and felt he is doing what is right. He said that he was sworn to defend both the constitutions of Kentucky and the United States.

“It’s about placing people over politics,” he said.

He began choking up at the end of the statement before leaving without taking questions.

The AP reports that Governor Steve Beshear will appeal the fuling with outside counsel, not the attorney general.

Late last week, Heyburn put his order that the state recognize same-sex marriages performed elsewhere on hold for three weeks to give the state enough time to comply. The governor had asked for 90 days.