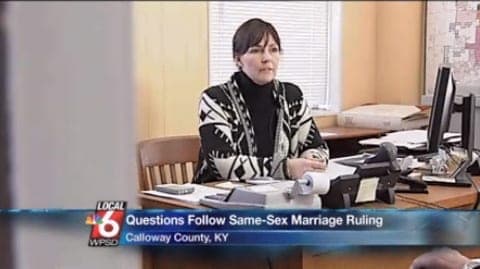 A federal judge in Kentucky has put his order that the state recognize same-sex marriages performed elsewhere on hold for three weeks, NBC News reports: 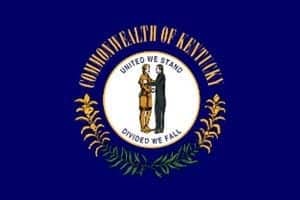 The state had asked for a 90-day stay of the order, but Judge John G. Heyburn II is only putting it on hold until March 20, saying that will give the state enough time to comply.

Heyburn’s order means that gay couples who were legally married elsewhere but live in Kentucky will be able change their names on state documents and obtain other benefits of married couples.

A separate lawsuit over whether Kentucky can issue marriage licenses to same-sex couples is before the same judge.

There remains a lot of confusion over the new law:

A local county clerk says she wants to follow the law and the judge’s ruling but she isn’t sure how. The Calloway County Clerk said the main issue is with property transfer taxes. Husband and wife are exempt. The clerk thinks married same sex couples are but she’s not sure how to file the paperwork.  She’s waiting on the state to tell her what to do and how to do it.She isn’t sure what happens if a same sex couple who was married elsewhere gets in line and wants to be recognized as such. The woman who usually has the answers admits she’s stumped.“We have no order, we have no for sure what to do and how to do it,” Calloway County Clerk Antonia Faulkner said.The state always provides clear instructions but that hasn’t been the case with same sex couples.