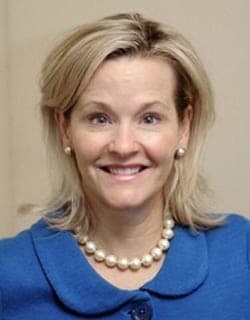 In a recent letter to her constituents, Republican Maryland State Representative Kathy Afzali said that she is “completely and unequivocally opposed” to the “Fairness for All Marylanders Act of 2014" (aka House Bill 1265) — a bill which would prohibit gender identity discrimination in all housing, employment and public accommodations — because it “doesn’t aim to end discrimination, but to normalize abnormal behavior.”

The Washington Blade has more of her remarks:

“HB 1265 seeks to create a new class of protected individuals in the state’s anti-discrimination statute… It is important that Maryland does not separate one’s ‘gender identity’ and their ‘assigned sex at birth’ as noted in the bill.

“Like the majority of Marylanders, I share the view that this redefinition rejects our society’s understanding of human nature. So ladies if you happen to see a guy in a dress in the restaurant bathroom, you’ll know the bill passed and that I voted no.”

Afzali's rhetoric uses the tired right-wing scare tactic of conflating transgender bathroom users to sexual predators and rapists even though such sexual assaults have never ever occurred, even in states that have passed similar bills.

The Blade also notes that Afzali has also said that gay men make bad parents and spoke at a rally where a pastor said that Superstorm Sandy struck New York City because then-mayor Michael Bloomberg donated $250,000 in support of Maryland’s same-sex marriage law.

Maryland House Bill already passed the senate on March 4th and has the support of 71 percent of all Marylanders.

Previous Post: « Towleroad Guide to the Tube #1545
Next Post: What To Watch This Week on TV: Scott Bakula On ‘NCIS,’ Louis C.K. Hosts SNL- VIDEO »