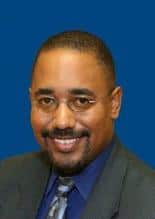 Polls may suggest that the Republican Party is slowly but surely inching its way towards LGBT acceptance, but Dave Worthams is living proof. The Kalamazoo County GOP chairman isn’t gay, but happens to be in an interracial marriage and said he sees the parallels between the anti-miscegenation laws in the 20th century and laws today that ban same-sex marriage. MLive's Julie Mack reports:

"There were numerous people who marched on the streets, got attacked by dogs, so someone like me could love a white woman, a Hispanic woman," Worthams said, and he's come to think that the same rights should be extended to gay couples.

"At the end of the day, you should be able to love with who you want," Worthams said.

Worthams hopes that, like the 1967 landmark ruling in Loving v. Virginia that invalidated laws prohibiting interracial marriage, the marriage equality issues will be solved at the U.S. Supreme Court level. Same-sex marriages briefly took place in Michigan last weekend but a stay was granted by the 6th circuit court of appeals.

While the judicial system battle plays out, Wortham said that as a Republican leader his goals are to minimize gay marriage as a divisive issue in the party and let others outside the party know that there is a diversity of opinion within the GOP.

He singled out fellow Michigan GOP chairman Dave Agema as an example of someone who doesn’t “get the bigger picture about treating people with compassion.” Agema, you'll recall, made headlines a few months ago after making a series of virulently anti-gay statements that eventually led to calls for his resignation from local, state, and national party leaders. (Agema refused)

Worthams said he is frustrated that people see Agema as representing the GOP mainstream as opposed to just a fringe individual.

"Not all Republican leaders are trying to keep people apart," he said. "I think there are allies all around (for the GLBT community.)  There are allies in places that are unexpected."