The end of Chelsea Lately will come later this year – after eight years on the E! channel.

The Hollywood Reporter has the exclusive story: 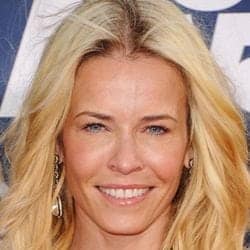 An E! spokesperson stated to THR: "Chelsea has nine months left on her contract and E! will not comment on the future of Chelsea Lately at this time."

Handler is said to feel that she is at the top of her game with a new book, Uganda be Kidding Me–her first to sit at number one on the New York Times bestseller list for more than a week. She is in the midst of a tour of more than 30 markets, "a massive piece of business" that also will include dates overseas, according to Geof Wills, president of Live Nation Comedy. She will shoot her first stand-up special at the Harris Theatre in Chicago in June to air on cable in October.

Handler's reps at CAA have been setting meetings with companies including Sony Television and Lionsgate as well as FX to discuss her future. The extent of interest in her in those quarters is not clear. “I don’t know if anybody’s going to pay her as much as E!,” says a source at one company that has been contacted.

Handler has been vocal about her unhappiness at E!. Where will she land next? Just a few weeks ago, she told Howard Stern she'd like to seek out a place similar to Netflix.