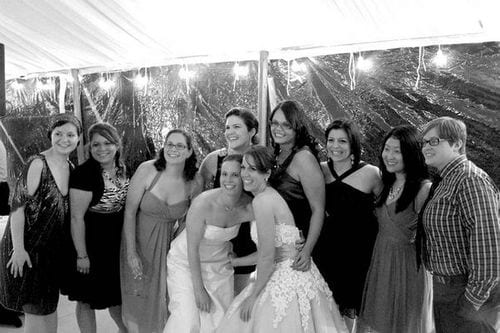 A Catholic high school in Buffalo, NY is under fire for refusing to put a gay graduate’s wedding announcement in an alumni magazine.

Lynn Zlotkowski [above left], a member of the Class of ’99 at the Sacred Heart Academy, was married over Memorial Day weekend last year and sent her wedding announcement and photo to the school for inclusion in its alumni magazine. The submission, however, was rejected.

Zlotkowski received an email response to her wedding announcement request, and while friendly and cordial, it rejected the request for inclusion in the alumni publication.

“I’m very sorry that we can’t publish your pictures and your good news in the Cordecho,” Sister Edith Wyss wrote. “We had a similar request several years ago and we did publish that announcement of the marriage of an alum to her partner. We did expect some negative response and we got some.

“However some readers of the Cordecho also contacted the Diocese of Buffalo. The bishop sent a diocesan official to meet with us at SHA to make sure that we understood what we had done,” Wyss wrote. “In their view, we were publicly supporting same-sex marriage. In our view, we were supporting our alumnae.” 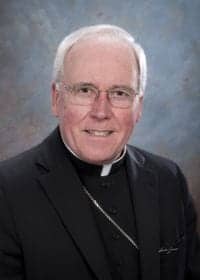 When asked for a response from Bishop Richard J. Malone [pictured] about this new situation, he issued the following statement:

“I am grateful that the leadership of Sacred Heart Academy has done the right thing and has not compromised its Catholic mission and values.”

Zlotkowski, however, feels that the school has turned its back on her and put principles above people.

“I treasure my time at Sacred Heart and feel sad that my school doesn’t feel empowered to support part of their population,” Zlotkowski said during a phone interview from her home in Dedham, Mass.

“I know I am not the only gay alumna Sacred Heart has,” Zlotkowski said. “You can’t just ignore a portion of the people you educated and helped grow into the person they’ve become.”