As promised on April 4, Judge Timothy Black has issued a 45-page ruling ordering the state of Ohio to recognize same-sex marriage performed elsewhere. Black announced his ruling ahead of time to give the state to prepare an instant appeal. 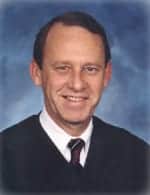 The case was brought by four gay Ohio couples suing to have their marriages recognized on birth certificates:

The couples, all of whom were legally married in other states but have ties to Ohio through their children, or soon-to-be-born children, filed a lawsuit against the state to have their marriages recognized on birth certificates. They stated that being forced to list only one parent is a violation of their rights according to the U.S. Constitution.

Black previously issued a ruling applying only to death certificates.

Now that Black has handed down the decision, state officials in Ohio — Gov. John Kasich and Attorney General Mike DeWine — are expected to appeal the decision to the U.S. Sixth Circuit Court of Appeals. The officials may also independently seek a stay of the order requiring the state to recognize out-of-state same-sex marriages.

That would be consistent with actions from other state officials in Kentucky and Tennessee when faced with orders requiring those states to recognize out-of-state same-sex marriages. The Sixth Circuit already had the distinction of being the only federal appeals court where each of the four states within the circuit — Michigan, Ohio, Tennessee and Kentucky — has a marriage equality case on appeal.

Read the full ruling below: