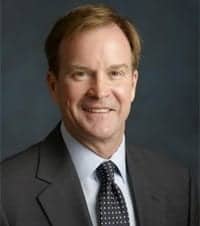 "The totality of the history of the Western and American traditions demonstrates quite clearly that same-sex conduct can be penalized," wrote [TYN] attorney Kyle Bristow, suggesting that legalized gay marriage would a "mockery" of historical customs and cultures.

"If a state cannot be permitted to define marriage as simply as constituting one man and one woman, then our culture will be taken down a very slippery slope that will see pedophiles, polygamists, zoophiles, those in incestuous relationships, and every other sexual deviant with proclivities now known or to be invented to challenge laws that, likewise, prevent them from marrying whom—what—they wish."

Following calls to denounce the brief from a conservative blogger at The Detroit News, Schuette released the following statement:

“There is no place in this discussion for derogatory language, and anything like it will be completely disregarded by the Department of Attorney General," "The Sixth Circuit should use this brief to line a birdcage, because that's all it's good for.

Schuette, however, continues to vigorously defend the state's ban on same-sex marriage, arguing that the state has an interest in the need to "regulate sexual relationships"

During a trial earlier this month, Schuette brought in discredited witnesses to testify that Michigan children are not well-served by living in gay households.