It's a terribly sad day for music as House music pioneer Frankie Knuckles has died at 59, Rolling Stone reports: 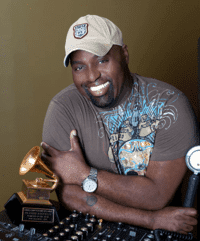 Nobody can agree on who invented the blues or birthed rock & roll, but there is no question that house music came from Frankie Knuckles, who died Monday afternoon of as-yet-undisclosed causes at age 59. One of the Eighties and Nineties' most prolific house music producers and remixers, Knuckles is, hands down, one of the dozen most important DJs of all time. At his Chicago clubs the Warehouse (1977-82) and Power Plant (1983-85), Knuckles’ marathon sets, typically featuring his own extended edits of a wide selection of tracks from disco to post-punk, R&B to synth-heavy Eurodisco, laid the groundwork for electronic dance music culture—all of it.

More from the Chicago Tribune here.