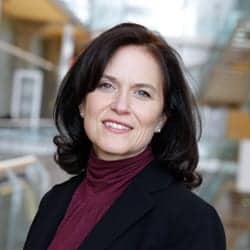 The Rapid City couple has been together for 27 years. They have four children and six grandchildren. “We already consider ourselves married; this is a rededication of that marriage,” said Robrahn, 68.

“We are approaching the time when end of life decisions and plans need to be made. There are many federal protections that will become available to us through this Minnesota marriage. We hope to see the day when couples like us don’t have to travel out of South Dakota to marry,” said Robrahn.

Upon returning home, the pair will join two other South Dakota couples and, together, will file a federal class action civil rights lawsuit against South Dakota government officials. The lawsuit, which will soon be filed in United States District Court, will seek to overturn South Dakota’s same-sex marriage ban and to require the state to recognize marriages performed out of state. 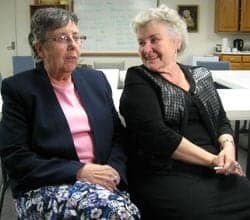 Attorney Joshua Newville of Minneapolis-based Madia Law LLC represents all three couples. “These couples show that love and commitment exist in South Dakota just as they exist in Minnesota and beyond. South Dakota has failed to treat all of its citizens with the dignity and respect deserved by all people. With the filing of this lawsuit, we will lead South Dakota down a better path,” said Newville. At 1:00 P.M. on Saturday, April 26, 2014, Mayor Hodges will marry the couple in a private ceremony at the Community of Christ Church in North Minneapolis. The ceremony will be followed by a press conference at 1:30 P.M., where the Mayor will introduce the couple as, “Mrs. and Mrs. Rosenbrahn.”

South Dakota Public Broadcasting's Victoria Wicks, who took the photo above, has an story on SDPB about the couple that was broadcast last month. Listen HERE.