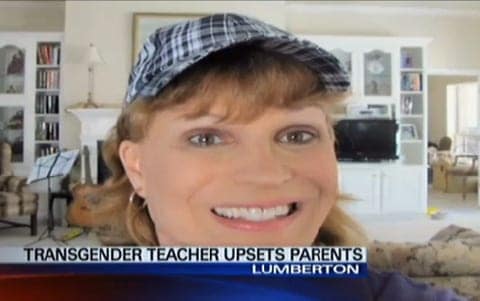 A Lumberton, Texas substitute teacher who was told this month not to return to her classes after parents complained about the fact that she’s transgender has been reassigned to another position outside the classroom.

Following a contentious school board meeting on April 10, Klug said Superintendent John Valastro told her she’d been reinstated as  a substitute teacher in the Southeast Texas district. However, last week Klug complained that she hadn’t received any teaching assignments — and Valastro told a local TV station he hadn’t made a decision about her future.

Klug said she met with Valastro on Monday and agreed to accept a temporary, full-time position outside the classroom through the end of the school year.

“I was asked not to say where I was working because we don’t want the media and we don’t want angry parents down there, because it’s near one of the schools,” Klug said. “I said I’m willing to do whatever because I really need a paycheck. It doesn’t make me very happy, but I think it should placate them [the parents] somewhat.”

Ken Upton, a senior staff attorney at Lambda Legal, told Lone Star Q that not allowing Klug back into the classroom could constitute a prohibited adverse employment action. Title VII of the Civil Rights Act bans discrimination based on sex, which includes transgender people.