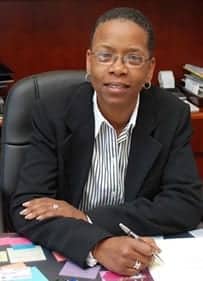 President Obama’s nomination of openly lesbian African American Staci Yandle for the U.S. District Court in southern Illinois was up for a Committee vote last Thursday. But the committee held over her nomination and that of four others in a group of 10. Her nomination is now slated for a committee vote this Thursday.

Two Republican members of the Senate Judiciary Committee submitted questions in writing for federal court nominee Staci Yandle. Senator Charles Grassley grilled her over how she would interpret the Supreme Court’s ruling in U.S. v. Windsor, which overturned DOMA. Several LGBT legal activists said Grassley’s goal seemed to be to promote a narrow interpretation of Windsor. “They are trying to get her to say that the federalism discussion in Windsor means that the federal courts should not strike down state marriage bans – that they don’t have the authority to do so,” said GLAD Civil Rights Director Mary Bonauto.  Evan Wolfson, head of the national Freedom to Marry, noted that Grassley “chose not to ask about the explicit passages in the [Windsor] decision making clear that the ruling turned on equal protection, not federalism.” Lambda Legal’s Eric Lesh said Grassley has made the Windsor questions a routine line of inquiry for all federal court nominees now.

The U.S. Supreme Court, for two weeks in a row, has given no indication of whether it will hear a New Mexico dispute pitting New Mexico’s non-discrimination law against a commercial photographer’s claim that she has a First Amendment right to deny public accommodations to a same-sex couple based on her religious beliefs. The photographer filed Elane Photography v. Willock in November. The case was on the relatively short lists for the justices to discuss in private conference March 21 and 28. But on the subsequent Mondays, when the court announced which cases it would and would not take, Elane was not mentioned. The next conference is April 4.

Lambda Legal on Monday filed an emergency motion in federal district court seeking an order that would allow a lesbian couple’s marriage to be recognized by Indiana. In the motion, Lambda adds couple Niki Quasney and Amy Sandler to the plaintiffs in its Baskin v. Bogan lawsuit challenging the state’s ban on same-sex couples marrying. Quasney and Sandler were married in Massachusetts last August. Quasney has late-stage ovarian cancer and is concerned that, without a court order to recognize their marriage, their children will be “denied important benefits” upon Quasney’s death and Sandler will be considered a legal stranger.

Thousands of people turned out yesterday in the capital city of Uganda to stage a “thanksgiving” celebration for President Yoweri Museveni’s signing of the Anti-Homosexuality Act in February. According to an Associated Press report, many in the crowd were schoolchildren “who sang and danced to anti-gay tunes that also railed” against U.S. and European countries.