Steve Wiles, the anti-gay GOP candidate for the state senate in North Carolina who is opposed to same-sex marriage and is a former drag queen who went by the name Mona Sinclair, received 27.49 percent of the vote in yesterday's primary election in his very conservative District 31, but failed to win. 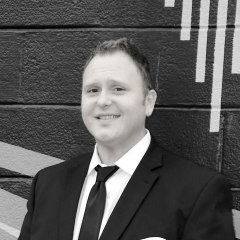 I'm impressed by the way this story was used to present me to the conservative right as a gay advocate while at the same time presenting me as anti-gay to the gay community. THAT…is talent! I am a Christian…I try to live a life that reflects my beliefs…I rarely, if ever, hit that mark! Meanwhile, I've maintained life-long friendships with a few people from the "club" days. One person springs to mind, although I will not call names, who is a former Miss Gay America, NC USofA and has performed successfully all of his adult life – he is one of the most loving men I've EVER known…Loving and accepting of everyone around him. He would do ANYTHING for his friends….I respect that in a person. He knows (and always has known) of my conservative stand on issues like gay marriage; he accepts that although he doesn't agree with me.