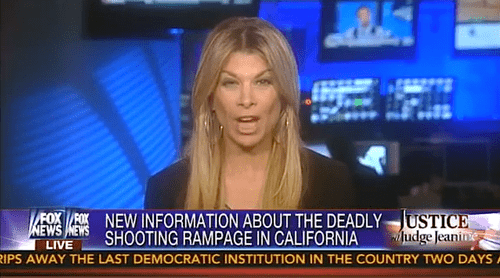 Reality tv psychoterapist Dr. Robi Ludwig, who over the weekend made the baseless claim that Santa Barbara shooter Elliot Rodger may have gone on his deadly rampage because he couldn’t cope with his “homosexual impulses,” has now taken to Facebook to try and clarify those remarks made on Fox News.

I was misunderstood on @FoxNews this weekend, when I was asked to hypothesize several factors which could have triggered ‪#‎ElliotRoger‬ 's spree killing. I in NO way meant to indicate being a homosexual or having homosexual impulses is a cause for spree killing. My job on @judgejeanine was to asses several possible triggers for #ElliotRoger and his behavior ‪#‎peace‬ ‪#‎forequalrights‬ However, I apologize to all those who felt offended. That was never my intention.

Basically she’s just sorry if her groundless speculation led audiences to also speculate on her lack of professionalism and intelligence. That was never her intention.

Previous Post: « Russell Crowe Defends Support of Brunei-Owned Hotels Despite Growing Boycott
Next Post: What To Watch This Week on TV: ‘SYTYCD’ and ‘Derek’ Return – VIDEO »