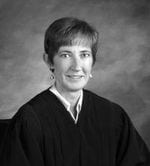 A three-judge panel of the Ninth Circuit U.S. Court of Appeals on Thursday issued a temporary stay preventing Chief Magistrate Judge Candy Dale’s order striking Idaho’s ban on same-sex couples marrying from taking effect today. The stay will remain in place until the panel decides whether the state has state has met the requirements for a permanent stay while Judge Dale’s decision is on appeal to the Ninth. The state’s opening brief on appeal is due August 22. The National Center for Lesbian Rights then has until September 22 to file a response. The panel includes Reagan appointee Edward Leavy, George W. Bush appointee Consuelo Callahan, and Obama appointee Andrew Hurwitz. 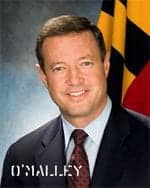 Democratic Governor and potential presidential candidate Martin O’Malley signed a bill Thursday that prohibits discrimination based on gender identity in employment, housing, public accommodations, and other areas. A press release from the governor’s office quoted Lt. Governor Anthony Brown as saying the bill is a “critical step forward in protecting all Marylanders from discrimination.” The law will go into effect October 1. Maryland will become the 17th and the District of Columbia to prohibit discrimination based on gender identity.

Saturday, May 17, marks the tenth anniversary of same-sex couples being able to legally marry in the United States. It was 2004 when Massachusetts began issuing marriage licenses, in response to a November 2003 decision of the state’s Supreme Judicial Court. It was another four years before the second state –Connecticut—did so, in response to a state supreme court decision, followed a year later by Iowa, Vermont, and Washington, D.C. New Hampshire was the fifth state, in 2010, and New York the sixth, in 2011. Then, in 2012, voters in Maryland, Maine, and Washington state approved marriage equality measures. Eight more states joined the list in 2013 –five of them through action by the state legislatures—and a federal court ruling in Utah striking that state’s ban down is on appeal. So far in 2014, 11 states (all but one through federal court ruling) have had their bans struck and are on appeal. 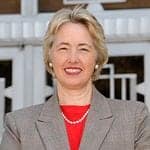 The Houston City Council postponed its scheduled vote on Mayor Annise Parker’s proposed equal rights ordinance Wednesday. According to local television news reports, Parker told reporters she had the votes to pass a version of the bill that removed language ensuring that transgender people could use public restrooms based on their gender identity, but she wanted to give the public more time to understand the legislation and comment. Some church groups say they are still opposed to the bill. A vote is expected May 28.

Gay & Lesbian Advocates & Defenders, the LGBT legal group that won the historic state supreme court decision in Massachusetts which led the state to become the first to allow same-sex couples to marry, highlights this line from that famous decision, Goodridge v. Department of Public Health: “The Massachusetts Constitution affirms the dignity and equality of all individuals. It forbids the creation of second-class citizens.”