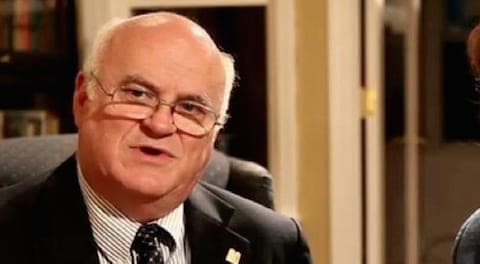 80 percent of Southern Baptists youths are leaving the church and abandoning the Christian faith, and we think all of this is pretty much attributable to government schooling. We think the main culprit is public schooling. So there’s a holocaust, a silent holocaust going on in our evangelical churches.

And thus was Godwin's Law invoked and Moore immediately lost the argument. Undeterred by the utter insanity of comparing dropping attendance rates in churches to the wholesale slaughter of almost 6 million Jews in one of the greatest ethnic cleansing movements of the 20th century, Moore continued by comparing gay marriage to a virus:

[S]o why is same-sex marriage and abortion and all of these viruses latching on to our society so readily? And we think part of it is government-sponsored education where they’re thoroughly and aggressively teaching socialism, humanism; turning their hearts away from Christ.

You can listen to Moore's interview below.