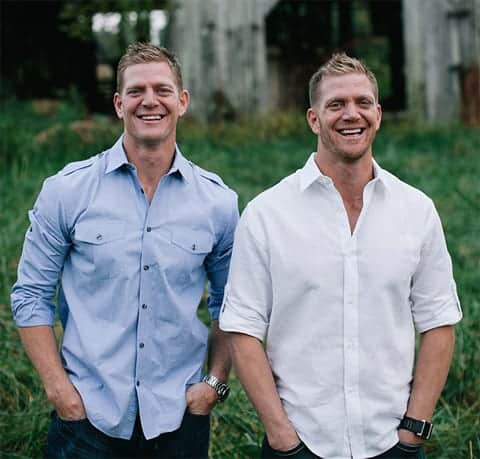 HGTV today tweeted that it "has decided not to move forward" with a new house-flipping show called Flip It Forward starring David and Jason Benham. The network's move comes one day after Right Wing Watch wrote a lengthy post exposing the Benham family's extreme anti-gay activism.

What the announcement didn't mention is that at least one of the Benhams is not just a real estate dealer but also a dedicated right-wing activist in the mold of his father, Flip Benham, who has headed the abortion-clinic protest group Operation Save America ever since it split from the militant anti-choice group Operation Rescue.

As leader of OSA, [Flip] Benham has condemned the interfaith Sandy Hook memorial, protested in front of mosques while shouting “Jesus Hates Muslims” and blamed the Aurora shooting on the Democratic Party, which he said promotes a “culture of death.”

He has also protested LGBT pride events, interrupted church services during a sermon by “sodomite Episcopalian bishop” Gene Robinson and was found “guilty of stalking a Charlotte abortion doctor after passing out hundreds of ‘wanted’ posters with the physician's name and photo on it.” Benham even blamed the Sept. 11, 2001, attacks on abortion rights.

Flip's son, David Benham, led a prayer rally — Charlotte 7:14 — outside of the Democratic National Convention in Charlotte, North Carolina in 2012, which he told conservative radio host Janet Mefferd was needed to stop “homosexuality and its agenda that is attacking the nation” and “demonic ideologies tak[ing] our universities and our public school systems”

…David also discussed his work to pass North Carolina’s Amendment One, which enshrined a ban on same-sex marriage and civil unions in the state constitution.

…David also discussed his work to pass North Carolina’s Amendment One, which enshrined a ban on same-sex marriage and civil unions in the state constitution.

Apparently HGTV had not done their homework on the Benhams.

HGTV has decided not to move forward with the Benham Brothers' series.